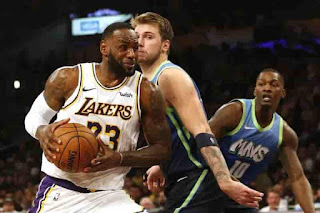 According to the latest NBA news update, the LA Lakers and Dallas Mavericks are among the 10 teams that will appear on Christmas Day.

Few Interesting Games, Few Notable Omissions One game on the NBA Christmas schedule that immediately grabs your attention is the LA Clippers vs. Denver Nuggets. Kawhi Leonard and company.

They would undoubtedly have revenge on their minds after the embarrassment they suffered at the hands of Denver in the 2020 NBA Playoffs.

The Brooklyn Nets will face the Boston Celtics will also be an intriguing affair.

Kyrie Irving's strained relationship with Danny Ainge and the C's in general will add to the flavor.

However, looking at the bigger picture, it will be the battle of two Eastern Conference giants hoping to clinch a title next season.

While many franchises could claim a game on Christmas Day, the two most notable absentees are the Houston Rockets and the Toronto Raptors. 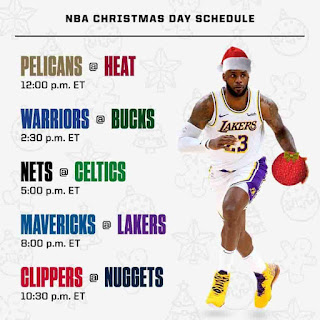 No one knows why they won't appear on December 25.

The LA Clippers have a chance to get revenge on the Denver Nuggets, while the Houston Rockets lose.

While it won't be the last game of the night, you can almost guarantee that the Dallas Mavericks facing the LA Lakers will be the most anticipated game this Christmas.

Luka Doncic is expected to step forward in the MVP race and there is no better opponent for him than the best NBA player of the last decade.

The Christmas Day Games and associated revenue are the main reason the 2020-21 season begins so soon after the conclusion of the previous one.

So it's no wonder LeBron James and the LA Lakers are at one of the prime-time spots against the Dallas Mavericks.