These are the dates when PUBG Mobile KR is not used in other countries? 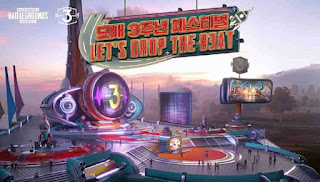 The Korean version of PUBG Mobile is specifically designed by Crafton Inc. and this version of the game has more exciting features than other versions of the game, making it the most played version in the world. Recently,

the game developers have announced that the Korean version of the game will no longer be available to users from other countries. In this article,

we will discuss the exact dates when users from other countries will not be able to play the KR version of the game.

These are the dates when PUBG mobile is not used in other countries:

1) As of 05/01/2021, Korean or Japanese users who log in with KRJP build accounts cannot settle payment on KRJP build.

2) As of 05/01/2021, users outside of Korea or Japan who log in with a KRJP build account may experience network issues while playing games.

This description has been shared by PUBG Mobile Korea on the official Instagram channel. Indian users who play this version of the game will not be able to use it until June 30, 2021.