I was in SA when I got news, had no one to talk about it' - Rohit Sharma on heartbreaking 2011 WC snub

I was in SA when I got news, had no one to talk about it' - Rohit Sharma on heartbreaking 2011 WC snub 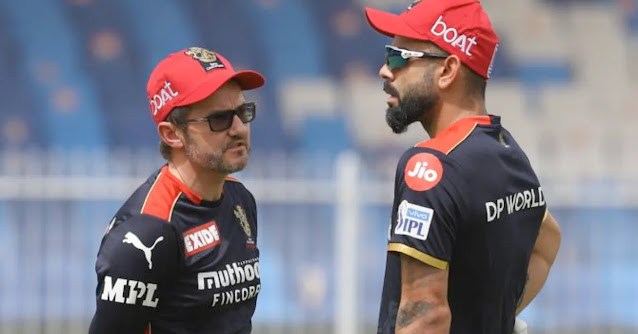 It was only a day back when Indian fans and cricketers celebrated the 11th anniversary of the nation's 2011 World Cup victory with pomp and show.

In the latest turn of events, the Hitman has recalled those unfortunate moments and remembered how he dealt with them while he had no one to talk to in South Africa. While recalling his conversation with India's young player Jemimah Rodrigues, Rohit added he didn't have any idea to get over that hard moment and thought about what possibly went wrong from his end after receiving the news.

"It is very hard. Honestly, it’s not easy because World Cup is something that you always dream of playing and being part of the World Cup. And plus, contributing to the team’s success. I still remember I was in South Africa at that point and we were playing the series when we got the news. I had no one to talk to about this. At that point, I was just in my room sitting and thinking about what went wrong and what I could have done better and all of that," said Rohit Sharma while recalling his conversation with Jemimah Rodrigues on Dream 11 earlier.

Moving further in the conversation, the prolific batter added how he made himself a little normal while thinking he still had a lot of cricket left in him and it certainly was not the end of the journey. Rohit concluded by stating that being disappointed and frustrated is natural at that moment but one should focus on bettering the skills further and that is what exactly he did.

You can be disappointed, you can be frustrated and that’s allowed: Rohit Sharma

"But I think, it’s important that at that stage I was, we’re talking about like ten years from now, and I was only 23 or 24 at that point. So, I knew that there’s lot of cricket left in me and it’s not the end of the world and it was more important for me to comeback from this. What has happened has happened, there is nothing you can change about it," he added.

"You can be disappointed, you can be frustrated, and that’s allowed because it’s only natural. You get dejected and frustrated. But in that frustration, I did not want to get out of my path and I wanted to do things I thought of which is to get better as a cricketer and see what went wrong. It was a very tough time and I went by a philosophy of thing that okay tough moments will not last forever but tough people will so I wanted to get really tough and how I do my skill training and all of that," Rohit concluded.