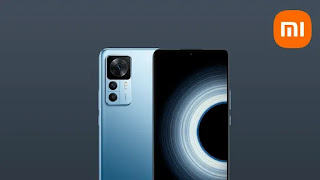 A few months back, Samsung unveiled their new 200 MP camera. It may sound like a marketing gimmick but high MP cameras might produce good pictures in favorable lighting conditions. Although we lack photo samples, we believe it to be more than just hot air.

Motorola recently announced new phones with 200 MP camera sensor in China, Xiaomi follows Motorola and uses a 200 MP camera in their phone as well. Motorola Moto X30 Pro features 200 MP camera with 1/1.22″ sensor size. It’s not the biggest sensor in the market but it’s definitely something. Note that Xiaomi 12T Pro will be available globally.

The back design is very identical to Xiaomi 12 and Xiaomi 12S series. There’s a tiny 200 MP text at the bottom of the camera array. Xiaomi 12T Pro is expected to launch in end of September. 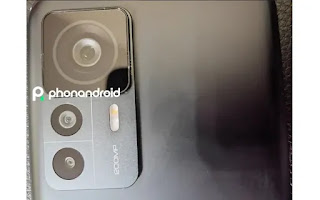 However it doesn’t have a telephoto camera. The camera setup will include a main camera with 200 MP resolution Samsung ISOCELL HP1 sensor with individual pixels of 0.64 μm and 1/1.22 sensor size, an 8 MP ultrawide camera, and a 2 MP macro camera. 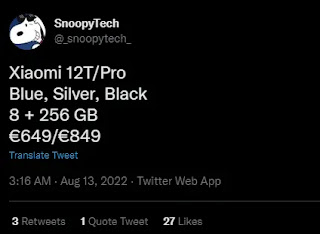 Xiaomi 12T Pro will be a favorite among enthusiasts and power users because it comes with Qualcomm’s most cutting-edge chipset, the Snapdragon 8+ Gen 1. On the display side a 1.5K resolution, 120Hz refresh rate OLED panel will be included. Xiaomi 12T Pro will have a triple camera setup and an in-display fingerprint sensor and it will be available with a 5000 mAh battery and 120W fast charging.

What do you think about the new Xiaomi 12T Pro with 200 MP camera sensor? Please share your thoughts in the comments!