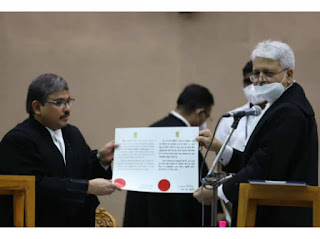 CHENNAI: History was repeated when a judge-couple -- Justice Murali Shankar Kuppuraju and Justice Thamilselvi T Valayapalayam -- were sworn in judges of the Madras high court on Thursday.

It is only the second instance in the history of Indian judiciary that a husband-wife couple have taken oath together.

The first such couple to be appointed high court judges on the same day were Justice Vivek Puri and Justice Archana Puri, who were sworn in judges of the Punjab and Haryana high court last year. 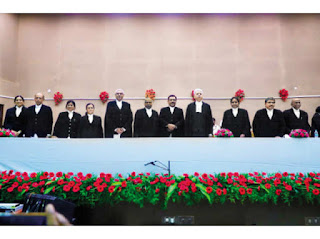 On Thursday, the Madras high court saw a total of 10 people being sworn in additional judges of the court.

In yet another feat, the Madras high court became the HC with the highest number of women judges in the country, 13, when four more women judges joined on Thursday.

All the 10 judges have been elevated from the subordinate judiciary of Tamil Nadu.

With these appointments, the sitting strength of judges in the court increased from 53 to 63, as against the sanctioned strength of 75. 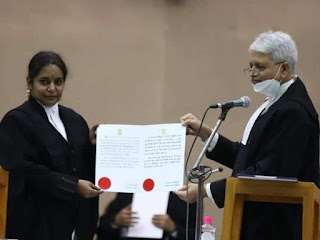 Noting that he is delighted to welcome the newly sworn in judges on behalf of the Bar, advocate-general Vijay Narayanan said, with the appointments the vacancy in the HC has reduced to 12.

He expressed hope that the remaining vacancies would also be filled up soon so that at least for one day in his lifetime he can see the full complement of judges in the chartered high court.

Of the new appointees, Justice Murali Shankar and Thamilselvi are the youngest and they would serve the high court for 10 years if appointed as permanent judges after two years