Now French President Emmanuel Macron's diplomatic adviser Emmanuel Bonan has said that 'when China breaks the rules, we must be very strong and clear 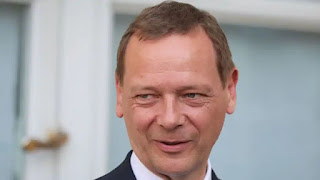 Now French President Emmanuel Macron's diplomatic adviser Emmanuel Bonan has said that 'when China breaks the rules, we must be very strong and clear'

He said that France has always been helpful on the Kashmir issue at the UN Security Council and that "China should not be allowed to play any procedural game."

After the US ambassador's comment on the India-China border dispute, the Chinese ambassador to India objected to this. India and China are capable of resolving 2021 their border dispute and no third country should fall into it."

According to The Hindu newspaper, Emmanuel Bonn, diplomatic adviser to French President Emmanuel Macron, told a Vivekananda International Foundation think tank webinar on Thursday that France is always clear on the issue of direct threat to India.

He said, "We shouldn't go into confrontation. It's very easy to say this to Paris and Delhi and then when you have a problem in the Himalayas and you have Pakistan with you on the border. I mean, India is in direct danger, we've always been clear on this. When it comes to the Kashmir issue, we are supporters of India in the Security Council. In procedural games, we cannot let China play any games. "

Referring to the controversy in eastern Ladakh, he said that when it comes to the Himalayas, the statement is "clear" 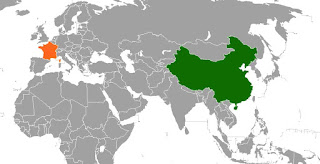 Bon expressed appreciation for expressing India's support for Turkey and Pakistan's "opposition to propaganda". He said India's relations with Pakistan were "historically at the lowest level.""

He said he wants China to respect "certain rules" and be "less aggressive."

Bon said that China should work in the same framework as the rest of them, and it is important that France is more defensive, aggressive but more dynamic and agile.

Warrant issued for the arrest of Masood Azhar

Pakistan admitted on Thursday that the whereabouts of Masood Azhar, the head of the extremist organization Jaish-e-Mohammed, is within its limits and an arrest warrant has been issued against him.

It is speculated that the reason behind this step by Pakistan is the Financial Action Task Force (FATF) meeting that is going to happen soon.

According to the news published in the Hindustan Times, Natasha Nasim Supra, a judge at an anti-terrorism court in Gujranwala, Pakistan, has issued an arrest warrant for Masood Azhar. He is accused of financing terrorism.

The court also ordered that Azhar must appear in court on Friday.

According to the newspaper, Indian officials have directly linked this step to the FATF meeting this month and February. India has already presented evidence against Jaish-e-Mohammed and Masood Azhar in the Pulwama attack on February 14, 2019. 40 CRPF members were killed in this attack.

The newspaper quoted an official as saying: "This step has been taken so that Pakistan can avoid being blacklisted by the FATF." They will show that we are taking action against people declared terrorists by the United Nations. In the FATF report, the name of Jaish-e-Mohammed was also included for terrorist financing in the last two years.

The eighth round of talks between farmers and the government, which is campaigning against farm laws, will take place on Friday. The day before this conversation, Baba Lakha Singh, the head of Nanaksar Gurdwara, met with the Minister of Agriculture, Narendra Singh Tomar.

According to the Indian Express news, Baba Lakha Singh, who is the presenter for the protesting farmers, has expressed his desire to mediate the dialogue between farmers and the government.

However, farmers' organizations say the religious leaders did not come to speak on his behalf. 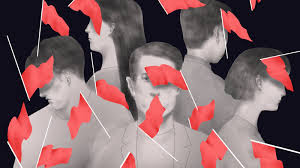 In the talks to be held on Friday, 41 representatives of farmers' organizations and the Minister of Food, Piyush Goyal, will be accompanied by Som Prakash, Minister of Es

tado of Commerce and Industry.

Agriculture ministry officials held an informal meeting Thursday on preparations for the meeting. The newspaper cited sources who said the two ministers can speak with Interior Minister Amit Shah before the afternoon talks.

Still no cases of bird flu in Delhi

News about bird flu comes from many states across the country. In such a situation, the sale of chicken has started to decline. At present, no cases of bird flu have been reported in Delhi.

According to the Times of India news, chicken traders who are experiencing a slowdown in business due to the Corona epidemic now say that sales are down due to bird flu.

The newspaper spoke with a businessman from Rajouri Garden. He says that in states where there have been cases of bird flu, there is a ban on the sale of poultry products, but there are no reports of flu in Delhi, but people are giving up buying chicken.

These teams are dedicated to the surveillance of flu cases in critical areas of the city. Currently, cases of bird flu are arriving in Rajasthan, Himachal Pradesh, Madhya Pradesh and Kerala.