The central government plays a written 'meeting-meeting' in Saamna, ministers involved in sports will get prizes

The MSP, that is, the minimum support price and the elimination of the three agricultural laws. Farmers' organizations already made it clear at yester

The central government plays a written 'meeting-meeting' in Saamna, ministers involved in sports will get prizes 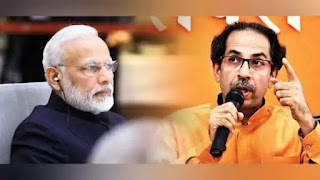 Shiv Sena wrote in the Saamana case editorial that even after eight rounds of negotiations, no results were obtained, it is their policy to continue the farmers' movement.

The Shiv Sena accused the central government that talking to farmers was a government drama.

The farmers' movement has to continue and this is the government's policy. He wrote: 'It is cold in Delhi. It has also been raining for three days.

The water entered the farmers' tents and their clothes and beds got wet. Farmers are not ready to withdraw yet. Farmers are determined to repeal the farm law.

In the eyes of the government, the sacrifice of these farmers comes at no cost. If the government had been humane, the agriculture law would have been postponed immediately and would have stopped the game that is played in the lives of farmers.

The peasant leaders stood on the steps of Vigyan Bhawan and said, what is this show? Is the government playing 'meet-meet' with us? What will be the use?

The play on the discussion in Saamna was written saying: "On the one hand, the government pretends to talk about farmers. At the same time, it uses a mechanism of pressure on farmers."

The peasants protest against the infiltration of the corporate company in the agrarian sector,

the peasants fear that with the new agrarian law their agricultural business will pass into the hands of the corporate companies and the land will also get out of their hands. Farmers' crops should fetch the minimum price to support, but the corporate companies appeared before the Agricultural Generation Markets Committee which guaranteed the minimum price. 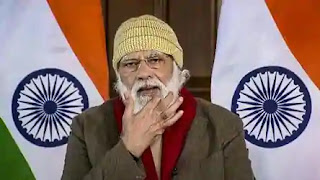 Shiv Sena's spokesperson wrote: `` Farmers are implicated under the new farm law. The Ambani and Adani industrial groups will enter into agricultural contracts and the farmer will have to beg in the future. The Reliance Jio Company towers in Punjab and Haryana were vandalized by farmers.

Now Reliance Company is giving clarification that our company does not have any juice in the agriculture business. After Ambani, Adani Industry Group made a similar statement now, Delhi's burning border will calm down. There is a fear in the minds of farmers for two industrialists. This means they have no faith in the three agricultural laws forcibly imposed by the government.

We do not want changes in the farm law. The movement will end only when the law is repealed. "


While attacking the BJP, Shiv Sena also accused the Modi government of being arrogant, writing: `` The farmers are stubborn and the Modi government of the BJP burns with arrogance. Farmers also got water during the harsh winter and torrential rains. Such an inspiring image was not seen even before independence. At that time, the agitated peasants were killed by the British as traitors. Today, the central government