When the police arrest a person, what rights do they have?

According to Section 50 (1) of the CRPC, the police will have to give the reason for the arrest to the arrested person 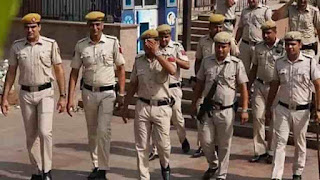 When the police arrest a person, what rights do they have?

The police cannot arbitrarily arrest anyone. You have to go through the entire legal process for the arrest or else the arrest is considered illegal, in which action can also be taken against the police.

If the police arrest someone illegally, it is not only a violation of the Indian Criminal Procedure Code i.e CRPC, but also against the fundamental rights enshrined in

Articles Regarding the violation of fundamental rights, the aggrieved party can go directly to the Supreme Court by virtue of article 32 of the Constitution.

Let us know more about the laws related to police arrest:

According to Section 50 (1) of the CRPC, the police will have to give the reason for the arrest to the arrested person.


The police officer arresting a person must wear a uniform and his identification plate must clearly mention her name.

In accordance with Section 41B of the CrPC, the police will have to prepare an arrest memorandum, which will contain the rank of the police officer who arrested you, the time of arrest, and the signature of the additional police officer witness.

The arrested person must also sign the detention memorandum.

Under Section 57 of the CrPC, the police cannot detain a person for more than 24 hours.

If the police want to keep someone in custody for more than 24 hours, then they must obtain the magistrate's permission under Section 56 of the CrPC and the magistrate will also give the reason for granting the permission in this regard. 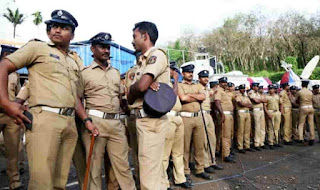 According to article 41D of the CrPC, the detained person has the right to meet with her lawyer at any time during the police investigation. He can also speak with his lawyer and his family.

If the detained person is poor and has no money, they will be given free legal aid, that is, a lawyer will be provided free of charge.

In the case of non-recognizable crimes, the detained person will have the right to see the arrest warrant.

Regarding the arrest of women, article 46 (4) of the CrPC states that no woman can be arrested after the sun sets and before the sun sets. However, if a woman has to be arrested under any circumstances, she must first obtain the permission of the area magistrate.

According to Section 55 (1) of the CRPC, the police will have to take care of the safety and health of the arrested person.

If the police do not follow any of the above laws, then her arrest will be illegal and action can be taken against the police for this However, under article 41 of the Code of Criminal Procedure, it is established that an arrest can be made at any time. Under this section, the right to arrest a police officer without a warrant has been granted. Under this section, a police officer can arrest people without the order of an authorized magistrate.

He can make such an arrest without In the presence of a police officer, if the arrested person commits a recognizable crime, then the police officer can arrest the person.

A police officer can also arrest a person against whom a report has been received and the information comes from reliable sources.

There is knowledge that a person whose crime is imprisonment for less than 7 years has committed such a crime, then the police officer can arrest such person.