Will PUBG Mobile India return in March? A major update for PUBG lovers.

According to some reports, PUBG India has recruited a lot of new people, which is a sign that PUBG has no intention of leaving India yet.

Will PUBG Mobile India return in March? A major update for PUBG lovers. 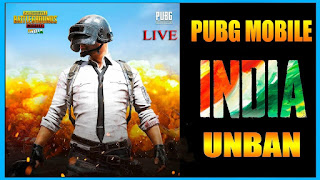 It is well known that the Government of India has banned PUBG, but if some media reports are to be believed, in a few months there will be great news for PUBG lovers because PUBG Corporation will soon download PUBG link to PUBG Mobile India. About to launch in India.

According to some reports, PUBG India has recruited a lot of new people, which is a sign that PUBG has no intention of leaving India yet.

PUBG Mobile Director James Yang said in a video message that his hopes of returning to India are not over yet. He has registered with the Ministry of Corporate Affairs giving 5 lakhs to PUBG Mobile India.

Will PUBG return in March? .

PUBG Corporation has yet to provide any information on this, but it is expected to return to India in early February. Some reports suggest that it will return in March. They will be.