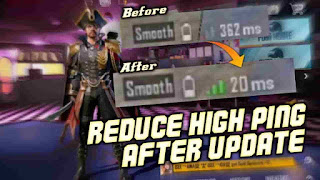 PUBG Mobile is the most anticipated game in India as the Indian government banned it for security reasons.

There has been a lot of news that the game will be available to its fans in India soon, but still, the official statement regarding the game's launch has not been ;  In India, players use many methods to play, but some of them do not.  Therefore, this article is specifically for players who want to play the global version of the game on a regular basis.

If players want to play via VON, they must first download the VON application available from the Google Play Store and the Apple Store.  After installation, the app will have to connect to other available country's VPNs, but connected players will get the lobby of the country they are connected to online ...

If an Indian gamer wants the lobby from the same country, then he must connect the VPNs available in the app from different locations.  India.

Some apps are available on DNS Changer like Google Play Store and Apple Store.

In this type of application, the list of DNS servers is available in the applications and by changing the DNS, the players can change their location and start enjoying the game.

Players can also change DNS without installing any apps.  If you are using an Android device, they click Settings and can choose Private DNS