So, if all goes well, PUBG Mobile Season 19 will hit your mobiles on May 17-18, approximately 2 weeks away 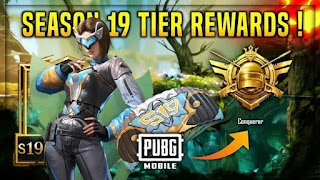 PUBG Mobile is one of the highest-grossing in the Battle Royal genre. The game offers its players an HD quality Battle Royal experience with many modes and maps The game has an impressive tier system that rewards players when they rank for a higher league title. With each new season of the game, the developers have added new rewards, including outfits and weapon skins

Season 19 is one of the attractive Diamond Level prizes. Players will earn the M249 weapon skin to reach Diamond level and play five matches at Diamond level Other prizes are 1,000 silver pieces that can be used to redeem outfits and other items from the "Redeem" section of the game.

In Season 19, a player who reaches the crown level will receive three rank security cards as level rewards. If a player dies in the early stage of the match, these rating protection cards remove any negative level rating points Other prizes include the season 18 crown nametag, epic team entry effects, and 1,300 pieces of silver.

Ace is one of the toughest leagues in the game. The competition is much higher in Ace Tier as the most skilled players fall into the same lobby. The Ace Tier award for season 19 is the Ace Parachute from season 19 and 1,600 pieces of silver.