NASA has discovered 5000 such planets, where life can exist, aliens can also be there

If seen, this NASA discovery is very special to all human life. NASA has reported that they have discovered 65 new planets. According to NASA, life ma

NASA has discovered 5000 such planets, where life can exist, aliens can also be there 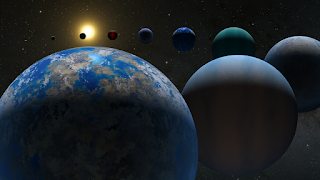 If seen, this NASA discovery is very special to all human life. NASA has reported that they have discovered 65 new planets. According to NASA, life may be possible on these planets.

This question often comes to our mind: is there really life besides Earth?  Is there life on another planet?  Do aliens exist?  We have many questions in mind, but to date we have not received the answer.

The famous American industrialist Elon Musk has also been searching for the answer to this question for many years.  Recently, NASA has shared some information.

The American space agency NASA has now confirmed the discovery of new planets going beyond the astronomical range.  According to NASA, there are more than 5,000 planets in the depths of space, which are yet to be discovered.  NASA has also shared a video of this on social media.

If seen, this discovery of NASA is very special for the whole human life. NASA has informed that 65 new planets have been discovered by them. According to NASA, life can be possible on these planets.

NASA Exoplanet Archive informed that traces of life can be seen on these planets. Many gases can be found here.