These great features of WhatsApp won the hearts of the fans! Using the app became more fun

WhatsApp has recently released some new features for its voice recording option, knowing about which your heart will be happy. These features will mak 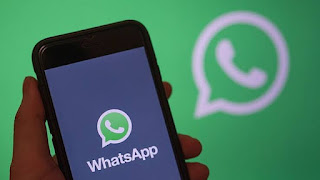 WhatsApp has recently released some new features for its voice recording option, knowing about which your heart will be happy. These features will make using the app even more interesting.

WhatsApp is a platform that is used by everyone, from children to adults. Its name is included in the world's largest and most popular messaging apps. Recently,

WhatsApp has released some great features for its special 'Voice Recording' option which has won the hearts of the fans. Let us know about these features in detail.

Listen to voice recording even when the chat is off

Until now, if someone sent you a voice message on WhatsApp, you had to keep that person's chat open to hear it. With this new feature, you can listen to the voice recording in the background even by closing the chat.

The biggest advantage of this is that you can do some other work in the phone while listening to voice messages and if you want, you can also reply to other messages.

Start recording from where the pause key is

WhatsApp has recently released another feature regarding voice recordings which is being liked a lot. Under this feature, while recording a voice note, you can pause the recording if you want and then resume it whenever you want, from where you paused it.

In addition, WhatsApp also gives you the option that you will be able to listen to the voice note once before sending it after recording it.

If you come across very long voice notes that you want to listen to in a short time, then let us tell you that now you can fast-forward such voice notes coming on WhatsApp at 1.5x and 2x speed. Also, as there is this option for sending, you can start listening to the voice note from where you will pause it.

These great features make using the app even more fun and easy. Don't forget to update your WhatsApp app to use these features.