One team that's on a roll in the Indian Premier League (IPL), 2022 will be this year's debutants Gujarat Titans (GT), who have won all the matches they have played so far. 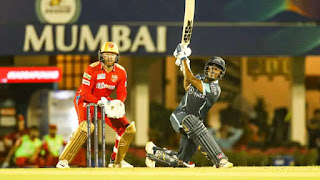 While fans are praising the Hardik Pandya-led side for their winning streak, one lad that grabbed everyone's attention was Sai Sudharsan, who made his IPL debut for Gujarat Titans.

The young lad had got a chance to play in the XI after Vijay Shankar was made to sit out with a back spasm. The batter looked promising as he smashed 35 runs before being caught by Mayank Agarwal off Rahul Chahar. In his innings, he hit four fours and one maximum.

So who is Sai Sudharsan?

He was the breakout star of Tamil Nadu Premier League (TNPL) 2021 as he finished as the second-highest run-scorer smashing 358 runs from eight innings. He had an average of 71.60 and a strike rate of 143.77, which had helped his side Lyca Kovai Kings reach the Eliminator.

Talking about his family, Sai Sudharsan's father, Bharadwaj is an Indian athlete who represented India at the South Asian (SAF) Games. As for his mother, Usha Bharadwaj played volleyball for Tamil Nadu.

In his age group, Sai Sudharsan has quite a reputation for being a good run-getter for Tamil Nadu. He even opened the inning for India A in the 2019-20 U19 Challenger Trophy alongside Yashasvi Jaiswal.