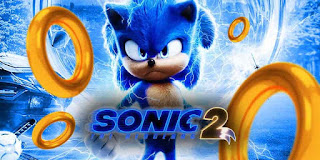 The wait is almost over. "Little ball of energy in a gorgeous package" is going to drive you crazy once again. After the massive success of the first film, the Sonic the Hedgehog franchise is now gearing up for a more adventurous sequel.

The upcoming superhero comedy film Sonic the Hedgehog 2 follows Sonic, a blue alien hedgehog with superspeed who lives on Earth with his human friends. After defeating the evil Dr. Robotnik in the first film and saving the world, Sonic is now enjoying his freedom. But soon, his old foe returns in search of an emerald under the new nickname of Dr. Eggman that will make him powerful enough to build and destroy civilizations in no time. And oh, Robotnik has a new companion, Knuckles the Echidna. Sonic teams up with a good old friend, Tails, and sets off on a mission to retrieve the emerald and wreak havoc on the planet he now calls home before Robotnik lays his hands on him.

The Sonic the Hedgehog film series is based on the video game series of the same name that was started by Sega in 1991. The sequel sees the return of the first film's creative team, with Jeff Fowler as director and Pat Casey, Josh Miller and John Whittington as writers.

It certainly looks like there's going to be a whole lot of excitement in the sequel live-action animation film. So, we've put together all the details about Sonic the Hedgehog 2 that have been revealed so far in this handy guide, including the release date, plot, cast and characters, trailers, and more.

Watch the Sonic the Hedgehog 2 Trailer

Watch the Sonic the Hedgehog 2 Trailer

The first official trailer for Sonic the Hedgehog 2 was released by Paramount Pictures on December 10, 2021. The video shows that since the events of the first film, Sonic has been "helping" the police as a vigilante protagonist. It also marks the return of Dr. Robotnik aka Eggman and introduces Colleen O'Shaughnessy as Tails and Idris Elba as Knuckles. A parody teaser for the film paying tribute to The Matrix Resurrection was also released on December 22, 2021. The final trailer of the film was released on March 14, 2022.

When Is Sonic the Hedgehog 2’s Release Date?

Paramount Pictures in association with the Sega Sammy Group will be releasing Sonic the Hedgehog 2 in the United States on April 8, 2022. The movie will also be released on Paramount+ after 45 days from the date of the theatrical release.

Who Are the Confirmed Characters in Sonic the Hedgehog 2? 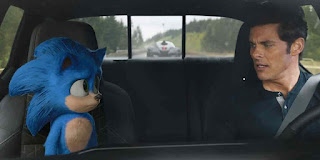 Sonic the Hedgehog 2 will obviously see the return of the superhero hedgehog leading the story with some of his old friends, while a few new characters will also join him on his mission, as his friends, enemies, and frenemies.

Who Is in Sonic the Hedgehog 2’s Cast?

Since it's a sequel, all the major characters from the first film are apparently returning for Sonic the Hedgehog 2. The lead cast members will reprise their roles. Ben Schwartz returns as Dr. Robotnik (now known as Dr. Eggman) with Jim Carrey as the voice of Sonic. James Marsden and Tika Sumpter will also return to their original roles as Tom and Maddie Wachowski, respectively. New cast members joining the franchise include Idris Elba, who will voice Knuckles, and Colleen O'Shaughnessy as Tales. O'Shaughnessy previously voiced Tales in the video game series and in a cameo at the end of the first film. Additionally, Lee Mazdub will also return as Agent Stone. Other actors to appear in the upcoming film include Adam Pally, Natasha Rothwell and Shemar Moore. 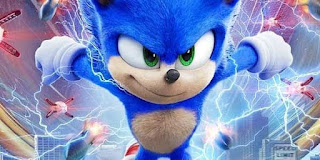 When Is Sonic the Hedgehog 2 Filming?

After the first film became a box office hit, Paramount Pictures announced the sequel in May 2020. Principal photography for Sonic the Hedgehog 2 began in March 2021 under the working title of Emerald Hill, probably because the story is about finding a powerful one. Magic page. Filming for the sequel wrapped in May 2021.

When Is Sonic the Hedgehog 2 Set?

The adventures of Sonic is set in the present day. The first film begins 10 years after Sonic fled his home planet and began living in secret in Green Hills, Montana. The sequel starts from where the previous film ended. It begins a few months after Dr. Robotnik was exiled to the Mushroom Planet, where he plans to return and seek revenge.

What Is Sonic the Hedgehog 2’s Plot?

The first film sets the basis for the second. But be careful, there are a lot of spoilers here.

The official synopsis of Sonic the Hedgehog 2 goes like this –

After settling in Green Hills, Sonic is ready for more freedom, and Tom and Maddie agree to leave him home while they go on vacation. But no sooner are they gone, when Dr. Robotnik comes back, this time with a new partner, Knuckles, in search of an emerald that has the power to both build and destroy civilizations. Sonic teams up with his own sidekick, Tails, and together they embark on a journey to find the emerald before it falls into the wrong hands.”

In that film, viewers are introduced to Sonic, a blue elephant from a different planet who saves the day with his supersonic abilities. He escapes from dangerous enemies in an attempt to take his powers and ends up on Earth, staying in hiding for some time, until the evil scientist Dr. Robotnik doesn't try to use him to rule the world. With the help of his human friends, Sonic overthrows Dr. Robotnik and thwarts his plans. Then they take the evil scientist to the planet of mushrooms. 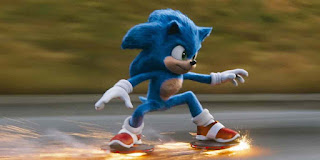 Based on that description, it's clear that Sonic the Hedgehog 2 will see Sonic back in action, once again fighting to outdo his archenemy. This time he will also be joined by his newfound bestie Tales. From the trailer, it looks like the film will be about how Sonic and Tails become friends and unite to take on Dr. Eggman. There's also a chance that the upcoming installment will explore some of the backstory for Sonic and Tails, including where they come from, their early years, or even how Sonic got his powers.

On the other side of the plot is Dr. Robotnik, who has now returned from his exile under the new alias of Dr. Eggman. He'll apparently cause more trouble for Sonic and his friends in the sequel. Eggman also has a new companion, Knuckles the Echidna. Both are looking for a special emerald which has magical powers.

The place of the knuckles in the plot seems to be very important. We know from the first movie that Sonic was chased to his home planet by a swarm of echidnas. They were looking for his powers and he had to run elsewhere. This is how he landed on earth in the first place. So, the Knuckles probably joined Dr. Eggman so that he too could fulfill his agenda.

If you haven’t had a chance to catch up on the first movie, then now is the time. And if you have, then the upcoming sequel is going to double the thrill, because “No laws in the universe can stop” this speedy little creature