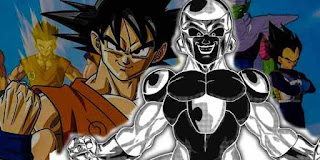 A classic villain just came back in Dragon Ball Super with a powerful new transformation that sets him up as Goku’s new strongest antagonist.

Contains spoilers for Dragon Ball Super chapter #87
A classic fan-favorite villain just came back in Dragon Ball Super with a powerful new transformation that sets him up as the new antagonist for Goku and his friends.
Frieza's big return in Dragon Ball Super proves that the galactic tyrant did not repent after the end of the Tournament of Power, and that Goku made a big mistake in sparing his life once again.
Frieza is the first real main villain of Dragon Ball Z, quickly overshadowing Vegeta and the other evil Saiyans who appeared before him. The threatening presence of Frieza made the Namek Saga one of the best in the franchise.
The character remained so popular after his demise that Frieza came back in Dragon Ball Super, first as an antagonist and then as an unlikely ally during the Tournament of Power, after Goku promised to resurrect him.
During the Granolah the Survivor saga, Frieza was mentioned several times as the former boss of the Heeters, who planned to get rid of him to expand their business of stealing and selling planets. However, neither Elec nor the powerful Gas expected Frieza's sudden arrival at the end of their battle against Goku, Vegeta, and Granolah.
Goku's New Transformation Explained By Dragon Ball Super Artist
In Dragon Ball Super chapter #87, Frieza appears on planet Cereal while Goku and Vegeta struggle to deal the finishing blow to Gas. Frieza kills the powerful Heeter (who had previously expressed to the Dragon Balls the with to become the strongest warrior in the universe) with one, gruesome attack, and then turns his attention to Elec.
The leader of the Heeters is also quickly dispatched as punishment for his insubordination before Frieza turns his attention to Goku and Vegeta. The galactic tyrant reveals that he found a Hyperbolic Time Chamber (aka the Room of Spirit and Time, a pocket dimension where time flows slower than in the outside world) and trained there for 10 years, before unleashing his new transformation, Black Frieza. Goku and Vegeta use their Ultra Instinct and Ultra Ego forms, but in a shocking turn of events, Frieza takes them both out with a single punch. He then leaves planet Cereal and the two Saiyans, beaten and humbled 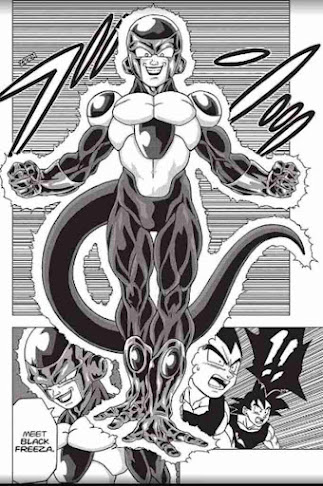 While Black Frieza is similar to its previous form, apart from a change in color, its power level has increased significantly. Freyza's popularity has never waned over the years, and she is considered the real main antagonist of the entire Dragon Ball franchise. However, it's still shocking that he was able to base the strongest forms of Goku and Vegeta on Lord Ki with such ease. It's interesting to see Dragon Ball Super being consistent with its lore.
It was quickly established that Frieza's natural abilities make her superior to everyone else, and her defeat in Dragon Ball Z stemmed from the fact that she never needed to train during her life. After only four months of training since his first resurgence in Dragon Ball Super, Freeza regained her golden form that Super Saiyan Blue Goku and Vegeta could barely beat together. It's only natural, then, that ten years of training would make the eccentric Freyza the strongest warrior in the universe.
Despite having already been defeated twice, Freeza's enduring popularity made her a recurring character in Dragon Ball. Freeza Black's debut, however, changes things completely, as Goku and Vegeta will have to train for at least as long as they can to have a chance to defeat him. Dragon Ball Super fans will have to wait for the beginning of the next saga to learn the consequences of Frieza's return in this powerful new look and find out what it takes to get Goku and Vegeta to get a chance to defeat their archetypes. Must undergo training. slavery
dragon ball is super chapter 87
#AnimeManga