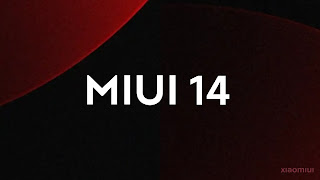 Now, new features that will be added to the MIUI 13 Beta version will appear in MIUI 14. These new MIUI 14 feature list are as follows.

A new design language is expected by everyone in the MIUI 14 version. MIUI has been updating versions as 1 version optimization 1 version redesign for years. After the MIUI 12 version, MIUI 12.5 and MIUI 13 were released as optimization versions. Now it’s time to change the cards, MIUI 14 is coming soon with new design language.
As MIUI 13 came out almost a year ago, MIUI 14 feature list started to arrive. While waiting for a MIUI 13.5 version between MIUI 13 and MIUI 14 and leaks appeared, Xiaomi shocked by revealing the MIUI 14 version.

App version of messaging app is updated to MIUI 14

The innovations added in the 22.7.19 version, the first version where MIUI 14 codes were detected, are as follows.

The UI of the MIUI Clock App was updated.

Added the ability to disable permanent notifications directly from the Notification Panel.

Added a toggle for MIUI Gallery On This Day Memories Feature

Mi Code hints that the Clock app will soon be allowed to be uninstalled.

What will the new MIUI 14 interface offer us?

MIUI 14 is a new MIUI interface with increased functionality and refreshed system apps. It is worth noting that many applications have been redesigned and made more simpler. It should be said that this new interface makes system animations more fluid, has undergone some design and functional changes in the notes,camera etc. application, and is more useful when you use the phone with one hand. We base them on the changes made in the MIUI 13 beta updates. MIUI 14 is being developed in MIUI 13 beta updates and will be in front of you after a certain period of time.

When will new MIUI 14 interface be introduced?

When will new MIUI 14 interface come to Xiaomi, Redmi and POCO devices?

You may be wondering when the MIUI 14 interface, which will be introduced with the Xiaomi 13 series, will come to your devices. MIUI 14, which will start to be released from the first quarter of 2023, will first be offered to flagship Xiaomi devices. Over time, devices that will receive from the 2nd and 3rd quarter of 2023 will be announced and all devices in the MIUI 14 Eligible devices list will have received this update.

So what is the latest situation for users whose devices are on the MIUI 14 Ineligible list? Don’t worry if your device isn’t exist in MIUI 14 Eligible Devices list. However, you should not be worried as unofficial software development has been there with us for quite a while now and we are sure that at least some devices will be getting unofficial MIUI builds with higher Android version, catching up the novelties in new updates.

When will MIUI 14 will be released?

MIUI 14 release date is expected to be introduced with Xiaomi 13 in November-December this year. Considering that the Xiaomi 13 series will be introduced in November, it turns out that we will see the MIUI 14 launch date 4 months later.

Will my phone will get New MIUI 14?

If you wondering which Xiaomi, Redmi and POCO devices will get MIUI 14, you can check your device from MIUI 14 Eligible Devices list. All devices in this list will get MIUI 14 update.

How to install New MIUI 14 Pre-Builds?

Project Treble system is also in place to have access to these newer versions that are otherwise inaccessible through official means. If you wish to know more about it, you can check out our other content from above that goes over GSI.