NZ vs PAK Semi Final 2022 Live: Toss will be important, these players will be monitored, will compete for the final: Follow T20 World Cup 2022 Live 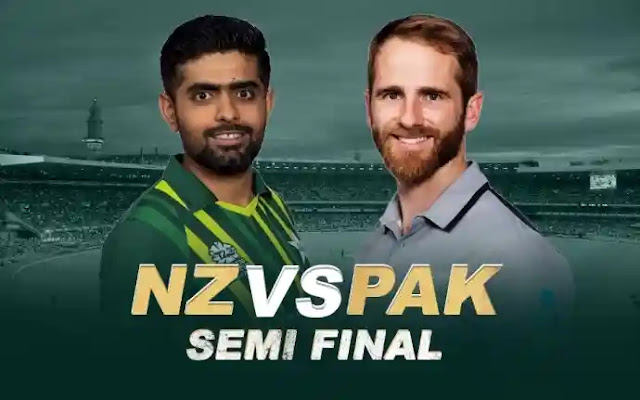 NZ vs PAK Semi-Final 2022 Live Score: The first finalist team of the T20 World Cup 2022 will be met on Wednesday. In the first semi-final match, New Zealand and Pakistan will face each other (New Zealand vs Pakistan). Let us tell you with the schedule of this match, why the toss is going to be important. Which players are going to have a special eye? You can watch live coverage of the match here. Stay connected with helobaba.com

NZ vs PAK Live Score: These players will be monitored

New Zealand: Kane Williamson looked in good form in the last match, which is a good thing for the Kiwis as his bat had been silent in the earlier matches. In the semi-finals, he will be able to continue his performance, as such a team will hope. The captain will be followed by wicket-keeper Devon Conway, who scored an unbeaten 92 in the match against Australia. In bowling, the team has lethal bowlers, Trent Boult and Tim Southee are bowling well. New Zealand's fielding has seen the best in this World Cup.

Pakistan: Babar Azam and Mohammad Rizwan's walk is very important, if this does not happen, then there is little hope that Pakistan's middle order will be able to do more. Babar Azam is not in form, and Mohammad Rizwan has also not seen any significant innings with the bat. Shaheen Shah definitely did well in the last match, but so far he has not looked dangerous at all. Shadab Khan batted well in the last match, he can also do well in bowling.

The good thing at Sydney Cricket Ground is that the batsmen also get good help here. This is a good scoring pitch, the team batting first will have to score more than 180 runs only then the team will be able to put extra pressure on the team batting second. Here spinners will also be helped, which means Pakistan's Shadab Khan and New Zealand's Ish Sodhi will also play important roles. Winning the toss and opting to bat first may prove to be correct. If you have to bowl first, then you have to try to stop the front team at 140-150.

The live telecast of the New Zealand vs Pakistan match will be on the Star Sports network in India. Live streaming will be on Disney Plus Hotstar. Mobile users can also watch matches on mobile live TV apps like JioTV along with the Hotstar app.