Instagram Is Over The app’s original purpose has been lost in the era of “performance” media. 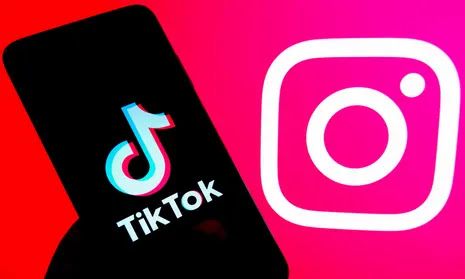 Earlier this fall, while riding the subway, I overheard two friends doing some reconnaissance ahead of a party. They were young and cool—intimidatingly so, dressed in the requisite New York all-black, with a dash of Y2K revival—and trying to figure out how to find a mutual acquaintance online.

“Does she have Instagram?” one asked, before adding with a laugh: “Does anybody?”

“I don’t even have it on my phone anymore,” the other confessed.

It would have been unheard of for these 20-something New Yorkers to dismiss Instagram even a few years ago; it would have been a pompous lifestyle decision that people would have regretted bringing up at the party they were going to attend. But now, it comes as no real surprise. Today, scrolling through Instagram involves sifting through a number of sponsored posts from companies, suggested Reels from people you don't follow, and the occasional picture from a friend that has been posted previously but has only just surfaced. It isn't what it once was.

“Gen Z’s relationship with Instagram is much like millennials’ relationship with Facebook: Begrudgingly necessary,” Casey Lewis, a youth-culture consultant who writes the youth-culture newsletter After School, told me over email. “They don’t want to be on it, but they feel it’s weird if they’re not.” In fact, a recent Piper Sandler survey found that, of 14,500 teens surveyed across 47 states, only 20 percent named Instagram their favorite social media platform (TikTok came first, followed by Snapchat).

Simply being on Instagram is a very different thing from actively engaging with it. Participating means throwing pictures into a void, which is why it’s become kind of cringe. To do so earnestly suggests a blithe unawareness of your surroundings, like shouting into the phone in public.

In other words, Instagram is giving us the ick, which is the sensation you get when a crush or love interest does something subtle but noticeable—like wearing a fedora—that instantly and permanently turns you off.

As is always the case, the ick came about quite suddenly—things were going great for Instagram until they just weren’t. In 2014, the app hit 300 million monthly active users, surpassing Twitter for the first time. The Instagram Stories feature, a direct rip-off of Snapchat, was introduced in August 2016 and outpaced the original just one year later. But although Instagram now has 2 billion monthly users, it faces an existential problem:

What happens when the 18 to 29-year-olds who, at least in America, are most likely to use the app reach retirement age or relocate? The New York Times reported that Instagram was privately concerned about luring and keeping the new, young users that would sustain its long-term growth—not to mention, whose expanding shopping potential is catnip to advertisers—as well as attracting and retaining the new users that would sustain its long-term growth. Young American teens already prefer TikTok more than other platforms. Additionally, a number of the users who are still using the app have lost interest due to a number of algorithm changes and some dubious attempts to copy features from other apps.

Over the summer, these frustrations boiled over. An update that promised, among other things, algorithmically recommended video content that would fill the entire screen was a bridge too far. Users were fed up with watching the app contort itself into a TikTok copycat that prioritized video and recommended posts over photos from friends. Even celebrities such as Kylie Jenner and Chrissy Teigen spoke up.

People have found ways to get paid for their content online since long before Instagram existed. But the app certainly led to an aesthetic shift, toward pink background walls and flat-lay photography, and facilitated the rise of the modern content creator. Lavish brand deals, in which an influencer promotes a brand’s product to their audience for a fee, have been known to pay anywhere from $100 to $10,000 per post, depending on the size of the creator’s following and their engagement. Now Tilghman, who became an Instagram influencer in 2015 and at one point had close to 400,000 followers, says she’s seen her rate go down by 80 percent over the past five years. The market’s just oversaturated.

Tilghman decided to use Substack instead of Instagram to publish the sponsored periodical Pet Hair on Everything. Although she continues to post on Instagram, she now mostly uses it to link her 246,000 followers to her work. Similarly, the author Jessica DeFino, who joined Instagram in 2018 on the recommendation of publishing agents, started withdrawing from the service in 2020 because she was becoming too overwhelmed by the constant criticism from her followers. She now has auto-replies set up for her Instagram DMs, so when one of her 59,000 followers messages her, they receive a message inviting them to email DeFino instead.

Of course, these are bad times for many social media platforms. Facebook and Snap are struggling, too, to say nothing of Twitter. “At least historically, all social media platforms eventually become irrelevant and obsolete, but I’m optimistic that it won’t always be the case,” Lewis said. “I don’t know that Instagram has what it takes … to maintain relevancy as long as, like, email, but I do think a social media platform could pull this off.”

Social networks naturally undergo change (just look at Tumblr). The declining fortunes of Instagram might not spell the death of the application, but rather a reevaluation of our relationship with it. LaTonya Yvette, a lifestyle blogger who has been using Instagram for about 12 years, claims that these shifts have always been a given and that, overall, Instagram has done more good for her business than bad.

“I’ve always looked at [Instagram] as an extension of my storytelling,” she told me over email. “Because ultimately it should be … a tool in someone’s artistic, social, political and/or business toolbox, not the only avenue.”

DeFino’s social-media audience is how she was found by an editor. She predicts that she’ll return to her Instagram platform to promote her upcoming book this spring.

But would she get back on Instagram as a regular user? Only if she “created a private, personal account — somewhere I could limit my interactions to just family and friends,” she says. “Like what Instagram was in the beginning, I guess.”

That is if, by then, Instagram’s algorithm-driven, recommendation-fueled, shopping-heavy interface would even let her. Ick.