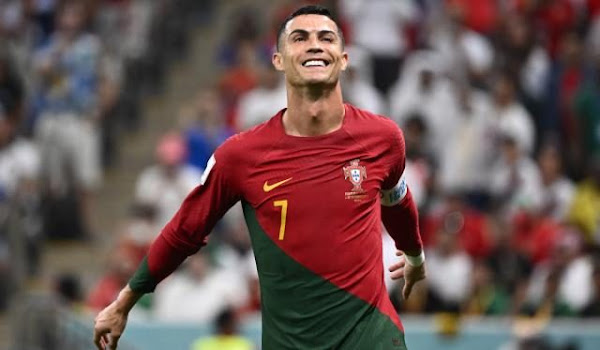 At 75 minutes into the Portugal-Switzerland match, the score was already 5-1, and suddenly I received a message on my phone from Fabio Capello. Previously, he accepted two sports interviews, both of which mentioned the delicate relationship between Ronaldo and the Portuguese team. The question that Capello raised was:

What is the answer? Gonzalo Ramos. Before the start of the World Cup, he was already a new striker star in Europe. Rui Costa said in an interview with reporters: Gonzalo Ramos only needs to continue the club's successful trajectory in the national team. He did it successfully.

Gonzalo Ramos only ushered in his national team debut on the eve of the World Cup, and made a pass in the friendly match against Nigeria, but no one expected Santos to use him to replace Ronaldo in the main game. In the three group matches, Ramos only played at the end of the game; in the knockout round, Santos showed full courage and put Ronaldo on the bench.

Gonzalo Ramos inherited the fine tradition of Benfica Ceixal's youth academy. After selling Felix and Nunes for a high price of more than 200 million, the "Eagle" is already looking forward to using Ramos in exchange for a check worth hundreds of millions. Ramos has a bright future ahead of him, and in an era of centre-forward scarcity, he has the opportunity to quickly develop into one of the top centre-forwards in world football, giving the Portuguese a luxury that would be the envy of neighboring Spain and arch-enemy Germany.

The three goals in this game are enough to reflect Ramos' comprehensive and excellent center forward quality. The first goal, the Benfica youth training striker connected, Felix passed through, Ramos led the ball, Sommer had already blocked the near corner, Scheer's defense was inseparable, Ramos found the only way for the ball to enter the net, A burst shot broke the deadlock.

Shortly after the start of the second half, Dalot sent a cross, and Ramos rushed to score in front of Jemelte, completely ending the suspense of the game. Ramos' performance is not over yet, Felix sent an assist for the second time, the Benfica center single-handedly shot from a small angle in the penalty area, and completed the hat with a light lob.

Portugal's victory came too easily. Perhaps only a few years later, we can accurately define the weight of this game. If Gonzalo Ramos really grows into a superstar, this game will be mentioned countless times in the future, and it will become the battle for the enthronement of Portugal's new generation of strikers.

Shortly before the end of the game, the big screen at Lusail Stadium gave the official audience number of the game: 83,720. For most of them, Gonzalo Ramos still seems to be an unfamiliar name. This grand venue, which will soon host the World Cup final, became the de facto home court of the Portuguese team in this game, but apart from Ronaldo, it is difficult for you to see the names of any other players in the stands.

In the World Cup, spectators from South American countries like to bring the jerseys of their clubs to Qatar. You can see the flags of Santos, Flamengo and Palmeiras in the stands of the fans of the Brazilian team, and the supporters of Uruguay You can find the No. 9 Suarez jersey of the national team, but you will not see Benfica and Porto in the Portuguese supporter camp, nor will you find B seats, B fees and Felix.

Among the supporters of the Five Shields, there are only two sacred objects that you can distinguish: the red and green Portuguese flag, and the No. 7 jersey that is scattered throughout the stadium. In addition, you can also find all kinds of strange fan costumes and appeals. Some fans unfurled a flag and brought your memory back to a weird news before the World Cup:

On a river in India, Ronaldo and Messi appeared And Neymar's giant banner, with a big line on the top: Let India become the host country of the World Cup. Beside him, four uniformly dressed fans sat side by side, with the number 7 on their backs. One of them printed Ronaldo's name, and the other three seemed to have their own names printed on their backs.

Unsurprisingly, every scene where Ronaldo appeared got the maximum decibel of the audience. How many of the more than 80,000 fans in Lusail Stadium will be happy for Gonzalo Ramos' starting, and how many will feel sorry for Ronaldo sitting on the bench? Portugal's "Ball" launched a poll before the game. 70% of the fans did not want the team's No. 7 to start this game, but if you hand over the voting device to the scene, you will obviously get another answer.

About 60 minutes into the game, the patience of the audience was almost exhausted. They began to sing "Ronaldo", looking forward to seeing the real Ronaldo with their own ticket. A few minutes later, Ramos scored a hat-trick, but when Ronaldo finally finished his warm-up and stood on the sidelines ready to come off the bench, there was far more cheering than celebrating Portugal's goal.

Ronaldo even gave the crowd a chance to celebrate and cheer him, but he was offside before scoring. From the pre-match light show and warm-up commentary, to this year's original kick-off countdown, the World Cup has never been closer to a large-scale American sports reality show than it is today. Today, this show ushered in its absolute protagonist: Ronaldo is no longer the best player in the world, no longer the most indispensable player in the Portuguese team, but still the player with the most fans on social media .

The atmosphere of this game can be said to be warm, but you can't hear the cheering songs of the fans. Two drumbeats, one applause, in a uniform rhythm, more than 80,000 people in the audience are both spectators and actors.