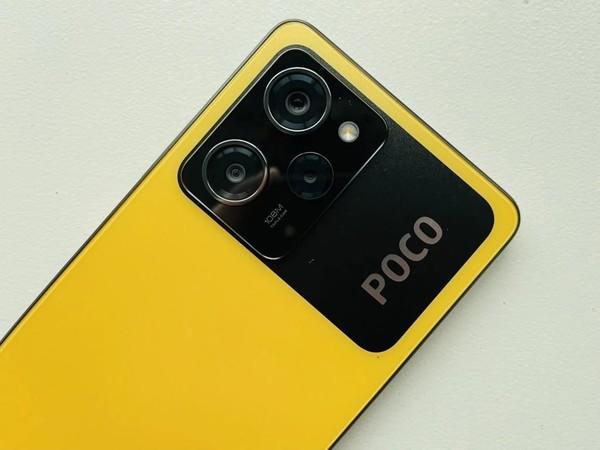 This demonstrates that the gadget will be available very soon. It will be introduced soon, as we said in the post before this one. With the POCO X5 Pro 5G leaked box, we are now much closer to the new model. Comparing it to the POCO X4 Pro 5G of the previous iteration reveals substantial advancements. Let's find out more information about the POCO X5 Pro 5G box immediately.

POCO X5 Pro 5G shows performance, camera, and design improvements compared to the POCO X4 Pro. Actually, this product is the Redmi Note 12 Pro Speed Edition with a different branding. First of all, China saw the release of the Redmi Note 12 Pro Speed. Let me simply describe Xiaomi's sales approach if you are unfamiliar. Under the brand POCO, a number of smartphones that were first announced in China are being sold in other regions worldwide.

These tactics are how they make sales. This is amazing. since the top-notch smartphones released in China are also available for purchase in other regions. One of these models is the POCO X5 Pro. Additionally, the POCO F5 Pro, the older brother of the POCO X5 Pro, is still being prepared.

The leaked box of the POCO X5 Pro 5G looks like the box of the previous POCO X4 Pro 5G. The leaked version is a POCO X5 Pro that has a yellow color option. It can be seen that the device has an 8GB RAM / 256 GB internal storage option. At the same time, the 5G logo on the box is an indication that this device supports 5G. POCO's smartphone is powered by the Snapdragon 778G 5G. Read More:- 4 China Most beautiful looking Mobile phones know about it

Now the box of the POCO X5 Pro 5G has been leaked on Twitter. It is expected to be launched soon. What do you guys think about this article? Do not forget to share your opinions.