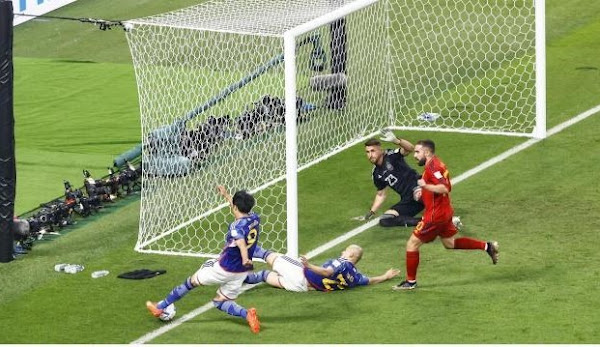 In the early morning of December 19th, Beijing time, the World Cup in Qatar came to an end. Messi's merits and deeds are complete, and the Argentine team will embroider the third star on the chest. This feast, which lasted for nearly a month and ignited the winter carnival in the northern hemisphere, is coming to an end.

The World Cup, Croatia vs Morocco Live: Croatia lead 2-1 at half-time, Guardiol-Orcich scored which is held every four years, is not only a competitive game, but also a vane for the development of football. After the competition, these green ecology will change.

On December 10, Portugal coach Fernando Santos was on the sidelines. On the same day, the Moroccan team eliminated the Portuguese team in the quarter-finals of the 2022 Qatar World Cup at the Atumama Stadium in Doha, Qatar. Xinhua News Agency

On December 16, Beijing time, the Portuguese Football Association announced that Fernando Santos had ended his 8-year coaching of the national team. Santos also became the eighth head coach among the top 32 in the World Cup in Qatar to end his coaching.

Santos led the Portuguese team to win the European Cup and the UEFA Champions League. He is the head coach with the most coaching games and the most winning games in the history of the Five Shields. He is one of the most successful head coaches. Santos' contract with the Portuguese team was supposed to expire after the 2024 European Cup. But in Qatar, against Morocco, the "dark horse" team recognized as the weakest in the quarter-finals was completely defeated and failed to enter the semi-finals. Santos' journey with the Portuguese national team came to an end.

The old coach's behavior of putting Ronaldo on the bench after entering the knockout round caused great controversy from the outside world. The relationship between Cristiano Ronaldo and Santos originally surpassed the relationship between mentor and apprentice, but the friction at the World Cup in Qatar made the two enemies. All Portuguese coaches who ended up at odds with Ronaldo were dismissed in the end. Before Santos, there were Queiroz and Paulo Bento. Since the 37-year-old Ronaldo did not say that he would quit the national team, Santos had to leave.

Before the Portuguese team and Santos broke up amicably, among the top 32 teams in the World Cup in Qatar, Spain, World Cup in Qatar｜Personal Viewpoint: Football in Africa the Netherlands, Brazil, Mexico, Ghana, Belgium, and South Korea had already decided to change their coaches.

Enrique's contract with the Spanish team ended after the World Cup, but the Spanish Football Association failed to propose a renewal but finalized the hiring of U21 coach De La Fuente to replace Enrique. Qatar World Cup｜Modric, a midfielder, is also the struggle of you and me The South Korean team has been hoping to renew its contract with Paul Bento, but the coach himself refused.

Martino is the first coach to leave this World Cup. After the Mexican team missed the group stage, Martino said at the post-match conference that after the final whistle, his contract as the Mexican coach had ended.

A few hours later, Martinez, who has been in charge of the Belgian team since August 2016, announced his resignation after the team stopped the group stage: "I intend to stop anyway, no matter what happens, even if we become World champion, I made this decision before the World Cup."

On December 1, Belgian coach Martinez (right) and player De Bruyne were in the game. Croatia drew 0-0 with Belgium in the Group F match of the 2022 Qatar World Cup at the Rayyan Ahmed Ben Ali Stadium in Qatar on the same day. Xinhua News Agency

The next day, after Ghana's three group games, coach Otto Addo also offered to resign: "The result is clear, I want to rest for a while after the World Cup. My family and I have decided to go back to Germany. I'm going to continue my work as a youth coach there."

It is worth mentioning that he also missed the group stage, but the German team coach Flick stayed on, and only Bierhoff, who was the general manager of the German national team and football academy, left the blame.